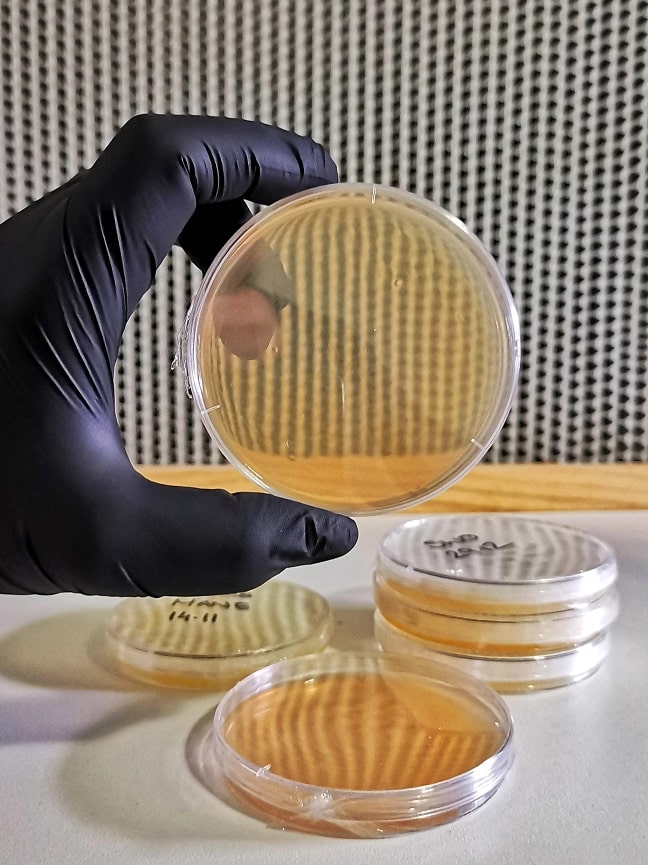 Agar is produced from a red algae, known as agar-agar in Malay. This jelly-like substance has  been used for numerous applications as an ingredient in desserts, laxative, appetite suppressant, stabiliser in jams, preserves, ice-cream and as a clarifying agent in brewing.

It’s vegetal origins make it a popular substitute for animal gelatin amongst those following a vegan diet.

It’s qualities are believed to have originally been observed in 1658 by a Japanese inkeeper, Mino Tarōzaemon who had noticed how his seaweed soup had gelled upon being left overnight. Despite this it wasn’t until late in the 19th century that it was used as a solidified medium for microbiology. This use was first noted by German microbiologist Walther Hesse after the suggestion made by his wife, Fannie Hesse in 1882. 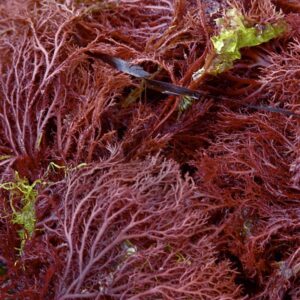 Why Use Agar To Grow Mushrooms?

Agar is used in the cultivation of mushrooms in order to store cultures for long-term use and create mono-cultures free from contamination.

It’s strongly recommended to germinate spores on agar before use. Spores are often accompanied by pathogens like yeast and mould. By cultivating mycelium on agar plates we can visually identify contaminants with ease allowing for the cultivator to make a clean transfer to a new agar plate.

Agar plates are also used for making fungal clones. A clean fragment of the mushroom fruiting body can be placed on agar to grow rather than germinating spores. This gives the cultivator and advantage in isolating any potential contaminants if present. 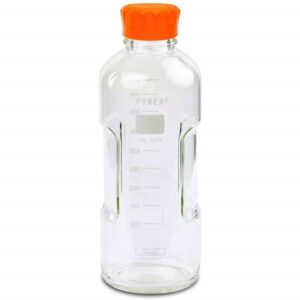 Is A Flow Hood Necessary?

Using a laminar flow hood is beneficial to the production of agar plates. Sterilised media is highly susceptible to contamination. In the absence of a flow hood all sterile transfers should be undertaken in an enclosed space with minimal airflow such as a bathroom.

In this tutorial we will provide the quantities to prepare 20 agar plates.

Finding the right gelling agent for mycology can be difficult. That’s why we use the best quality premium agar agar powder for mushroom growing in this easy to use, resealable jar. 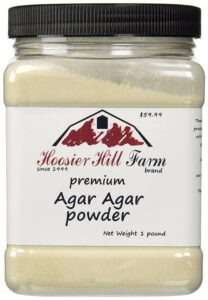 Prepare work space to pour plates using aseptic technique.  Mentally rehearse before removing the lid off the agar mixture to ensure that the work is done quickly and effectively.

Stack petri dishes 5 plates high. Remove lid off agar mixture. Start by pouring the bottom plate on the stack by lifting its lid with the additional 4 empty plates.

Repeat this action working up each stack without disturbing the already poured plates. Pour approximately 20 ml of agar into each plate. 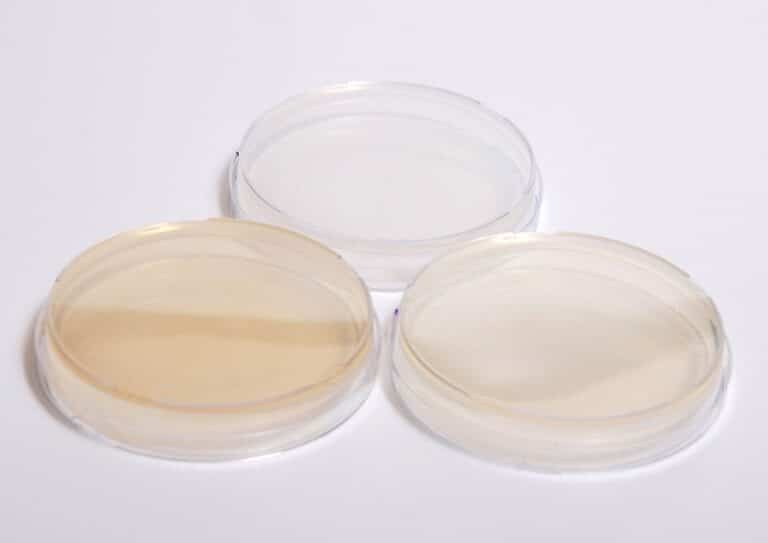 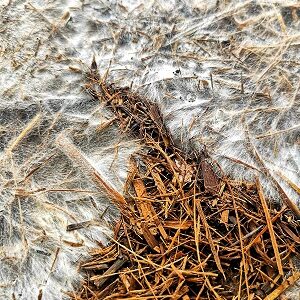 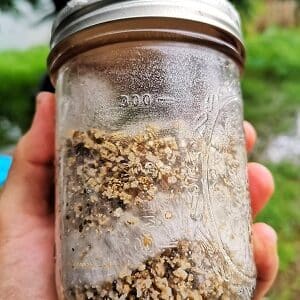 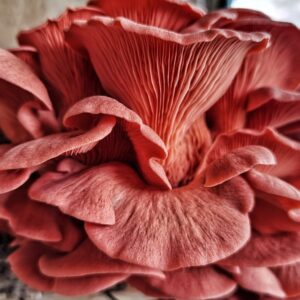 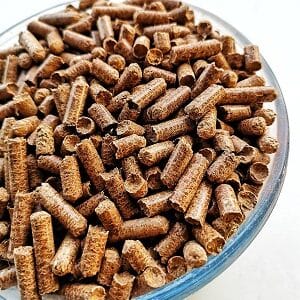 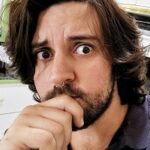 Thank you for visiting! This website is user supported. As an Amazon associate I earn from qualifying purchases. 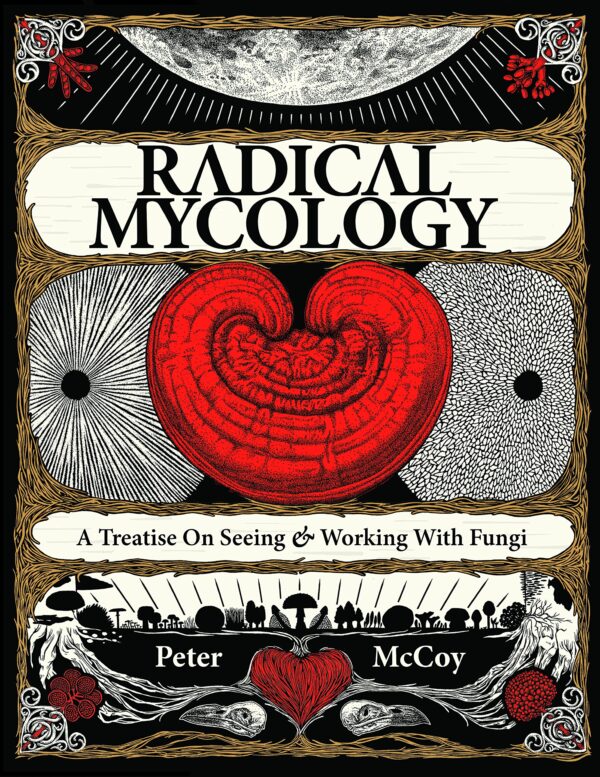 “Radical Mycology is a must for believers, and an end for non-believers. Peter McCoy indulges the reader into the depths of the mystical, spiritual, technical and practical aspects of all things fungal in one of the most elaborate mycological reads I’ve ever come across.” – Giuliana Furci 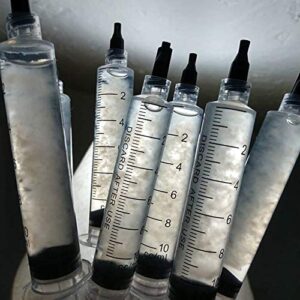 How To Make Grain Spawn 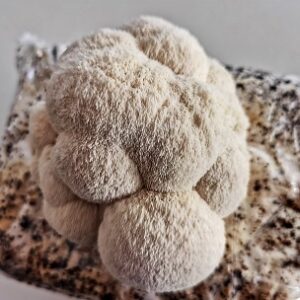 How To Grow Lion’s Mane 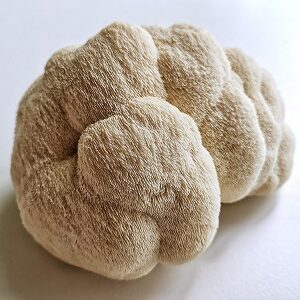 How To Cook Lion’s Mane 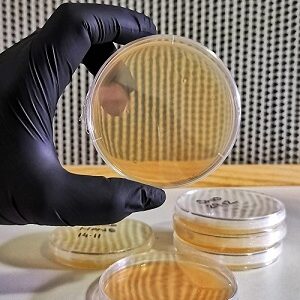 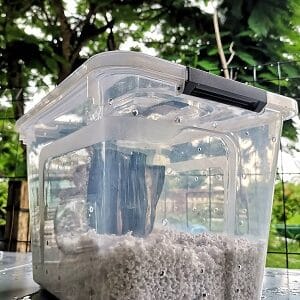 Save time & money with pre-sterilised media for mushroom growing.