Free Delivery On All Orders

Learn to grow your own mushrooms with one of our ready to fruit mushroom grow kits.

Our kits consist of supplement hardwood which has been inoculated under laboratory conditions with a live mycelium culture.

Learn more about using a mushroom grow kit with our Step By Step Guide.

Next Batch Due For Dispatch 19th August 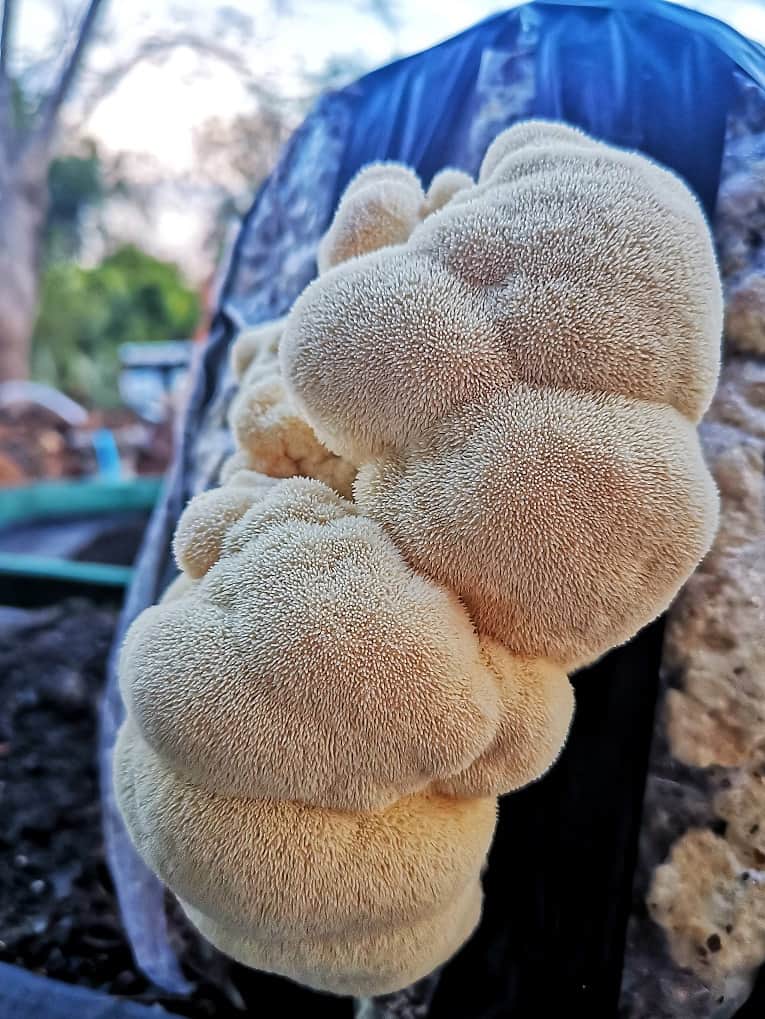 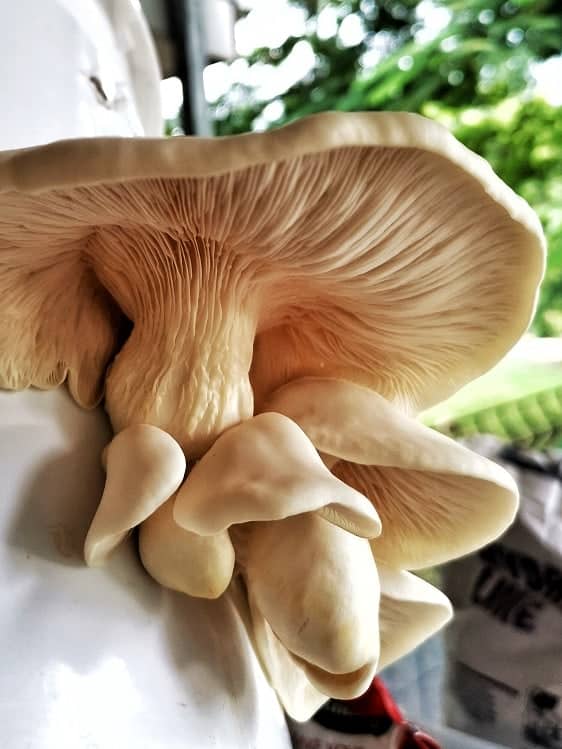 Free Delivery With Every Order

Free standard delivery is included with every order. All deliveries are lodged via Australia Post.

Products listed available and in stock will be dispatched within 48 hours.

Flat rate express delivery is available with next day dispatch for any order placed before midnight 12 am.

Express post is recommended for placing interstate orders during the summer months to avoid delay and ensure freshness.

What Is Lion's Mane?

Hericium erinaceus, also known as lion’s mane, monkey head or even pompom mushroom amongst other common names is one of a number of hericium species that are commonly cultivated and eaten.

Hericium erinaceus has recently garnered a lot of attention due to its potential therapeutic uses. A number of studies focusing on the mushroom’s effect on nerve growth factor have been the source of great interest demonstrating the potential for use to treat degenerative brain disorders such as Parkinsons, Alzheimers, Dementia and ALS. More research is yet to come to confirm its efficacy in in-vivo human studies. 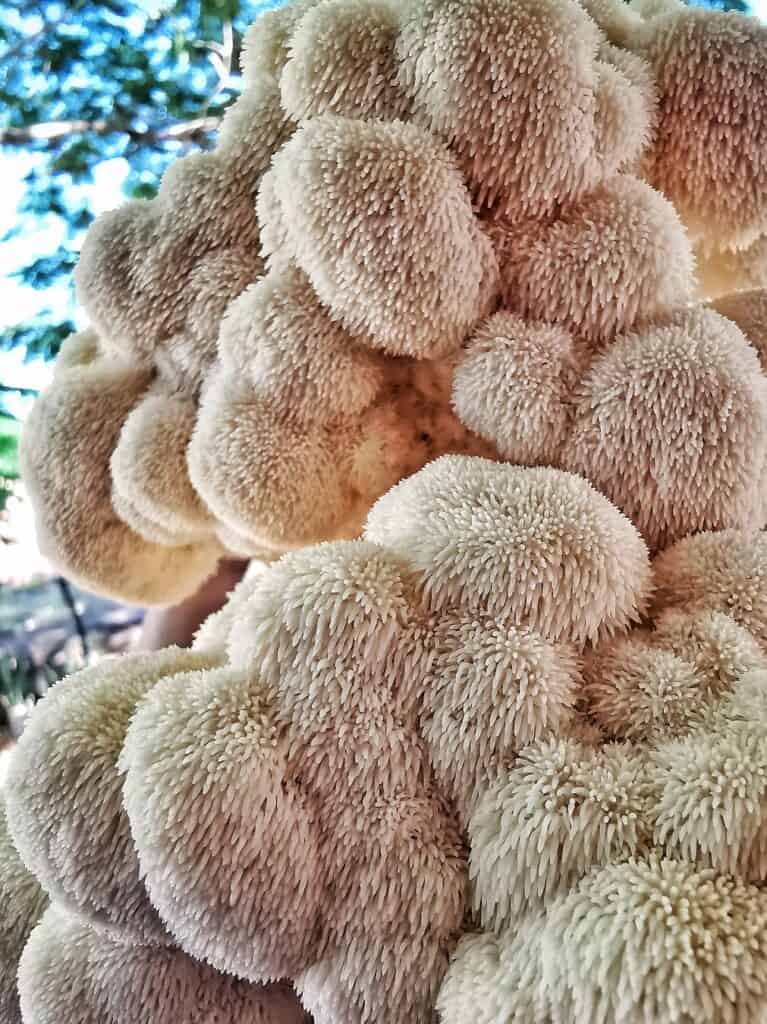 Lion’s mane is a species of mushroom best grown on a supplemented, sterilised substrate. This generally requires additional equipment for consistent results, for this reason lion’s mane is often considered to be a more advanced mushroom to cultivate.

Using a ready to fruit lion’s mane grow kit is an excellent alternative to growing your own lion’s mane without the need for expensive equipment or complex methods.

Lion’s mane grow kits are fully colonised and ready to be placed into a humid location for fruiting.

Learn How To Use A Mushroom Grow Kit

Lion’s mane mycelium is much finer and less opaque than other commonly grown gourmet fungal species.

The mycelium will often thicken and develop an opaque, white layer where it makes most contact with fresh air while remaining largely translucent towards the base of the kit. This is due to the formation of primordia, this layer of primordia will develop into fully formed fruiting bodies if provided with sufficient fresh air and humidity. See below for specific requirements.

Maturing fruiting blocks will often produce yellow, liquid metabolites which are a natural byproduct of the mycelium.

Due to the fine structure of lion’s mane mycelium grow kits may often appear underdeveloped after being agitated during transit, however the mycelium will recover once allowed to rest and regenerate.

Excess primordia as a result of premature fruiting can either be allowed to fruit or removed upon opening the grow kit as more primordia will continue to form.

Lion’s mane is valued for its unique webbed structure which when cooked results in a fibrous, meat-like texture. It’s mild umami flavour resembles that of chicken or lobster making it a wonderfully versatile meat substitute.

Humidity can be managed through a diligent misting and fanning regime, however the introduction of a humidifier and humidity controller can help automate the process and ensure consistency.

Adding a 6L humidifier and controller to a greenhouse with the addition of a USB fan is a quick and easy way to make a low cost fruiting chamber that delivers excellent results. 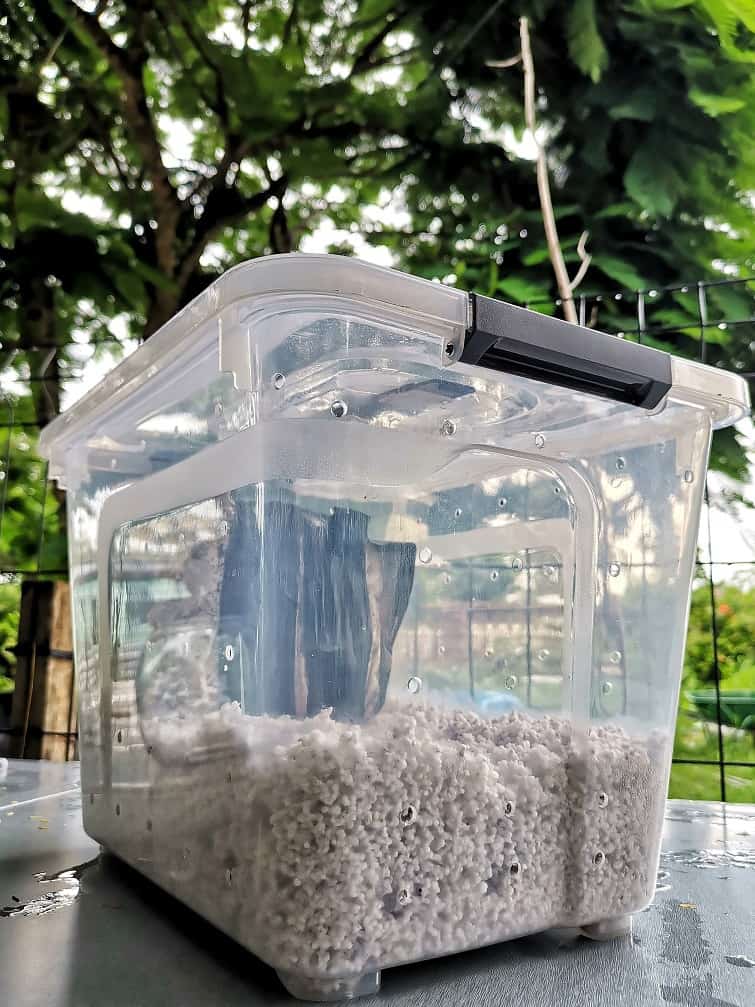 Mushrooms require humidity to grow. We recommend using a mini-greenhouse. Spraying the inside walls of the greenhouse will help raise humidity. A cheap humidifier can used to automate the process.

It’s important to ensure that the grow kit has fresh air exchange. Mushrooms produce carbon dioxide and will grow long and leggy if they require more oxygen.

Alternatively you can build a Shotgun Fruiting Chamber (SGFC) from a few common items found easily in your local hardware store.

Learn How To Make A
Fruiting Chamber

What If The Grow Kit Has Broken In Transit?

Mushroom grow kits are very hardy and resilient. Mycelium, the living organism responsible for holding the kit together will pull itself together and fuse the fractured parts of the grow kit together again in order to access and unlock the nutrition within the substrate to produce the largest possible yields of fresh gourmet mushrooms.

Please contact us by responding to the order confirmation in the event that the sealed grow bag has been punctured, damaged or developed contamination during transit. 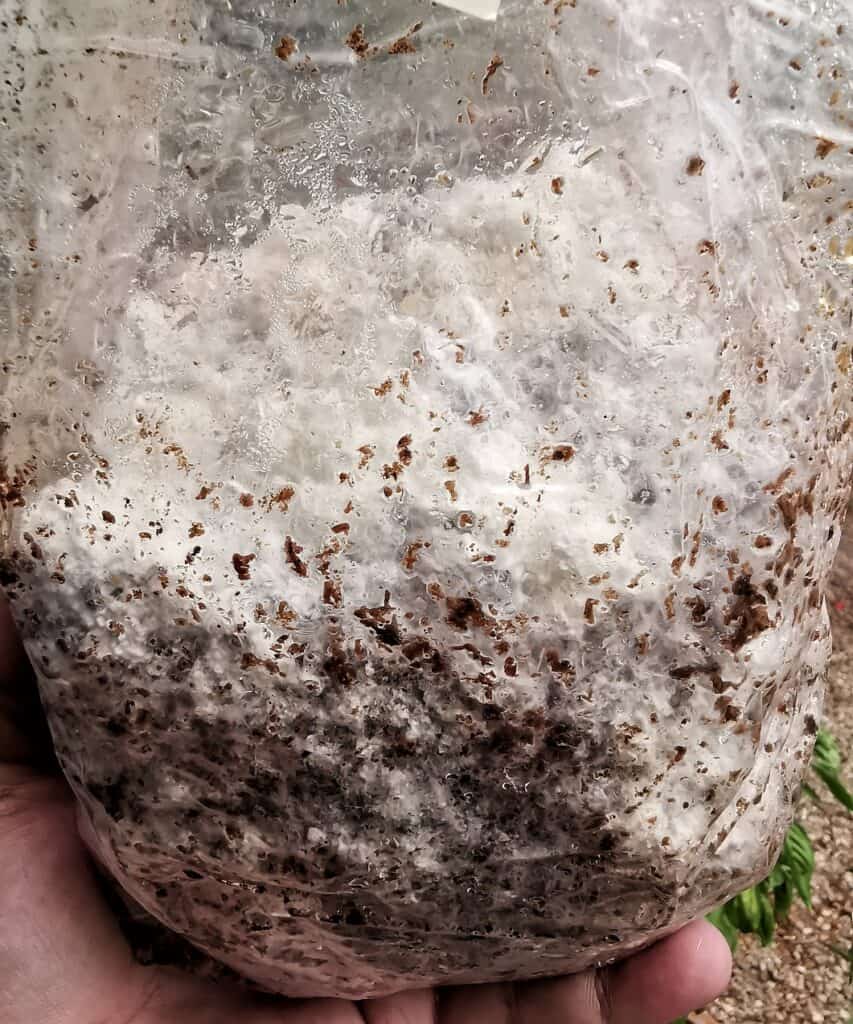 Primordia forms best at temperatures between 10 – 15 degrees. Results may vary outside this temperature range.

Lion’s mane will generally initiate pinning within the grow bag without any intervention. Select a healthy looking pin set and create an opening to fruit from.

Cold shocking the sealed lion’s mane fruiting block in the fridge or keeping it in an air conditioned room may assist in triggering the formation of primordia.

Fruit lion’s mane mushroom between 15 – 20 degrees Celsius for best yields, however it will fruit at temperatures up to 25 – 28 degrees with sufficient humidity once pin sets are well formed. Maintain humidity over 90%. Little fresh air exchange is required in comparison to oyster mushroom species.

Grain spawn is a little known secret weapon of the world of mushroom cultivation. It’s made from sterilised grains that have been inoculated with a live mycelium culture.

Grain spawn contains a lot of energy for the mycelium to consume. It’s a bit like rocket fuel for mushrooms. It’ll take off like wildfire once added to your bulk substrate.

Mother Nature works her magic using spores but in a controlled environment you need to tip the scales in your favour by using clean high-quality grain spawn so you are doing your best to ensure success.

View Our Range Of Grow Kits 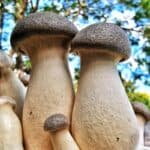 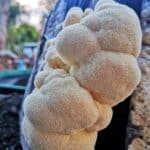 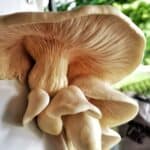 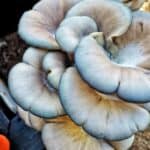 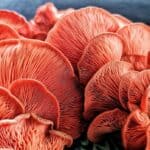 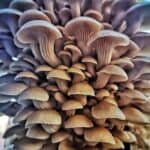 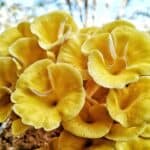 We’re a small scale producer of gourmet mushroom grain spawn and ready to grow kits located in South East Queensland. We’re passionate about fungi and we love sharing our obsession with the world.

Follow us on social media for updates on sales, new products and new tutorials.

Do you have questions for us? We might have answered your question in our Frequently Asked Questions. 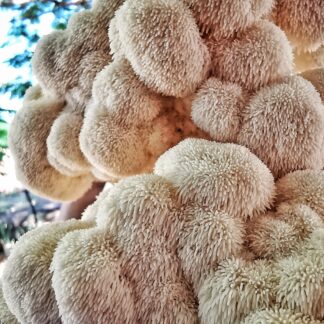